Adventures in photos because it is late!

With all my good intentions to blog on a more regular basis gone out the window again, here is a catch up via my trusty camera. 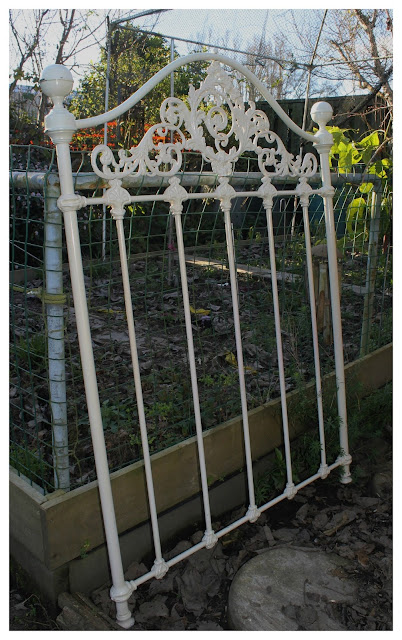 The Op Shops have been visited, but my best buy is the bed end for my garden, watch this space!

Once the rain had stopped I ventured out to Sue's in a rather saturated but still picturesque Karakariki.

Down her inviting driveway for a cuppa and a catch up and see poor Max with his stitched up snoz! 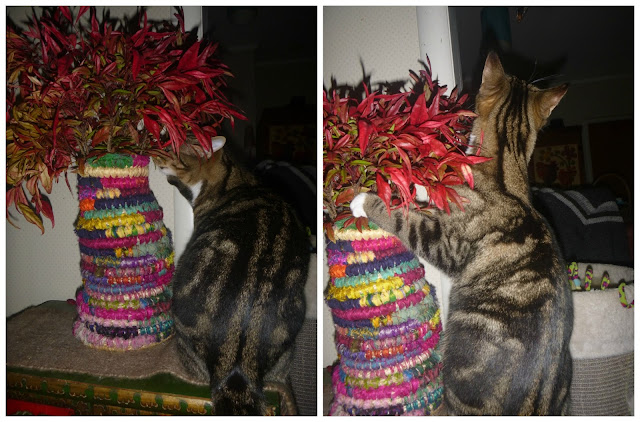 I picked foliage to bring colour indoors but someone kept attacking re arranging my arrangement! 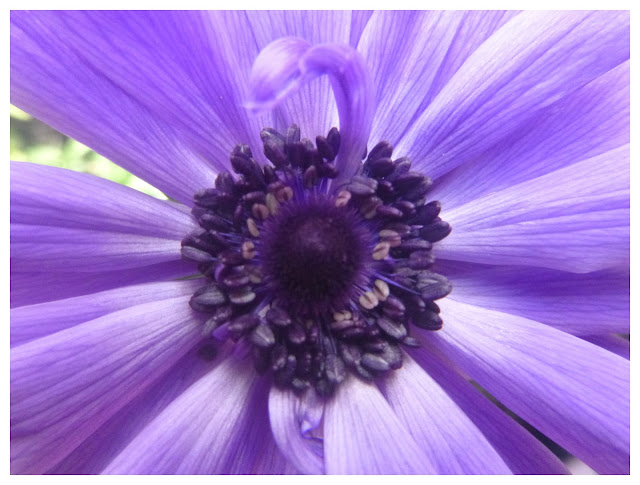 The joyous return of flowers is happening in my garden!! 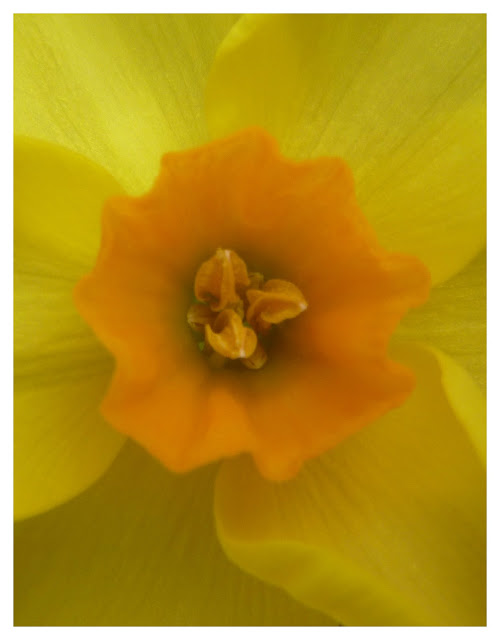 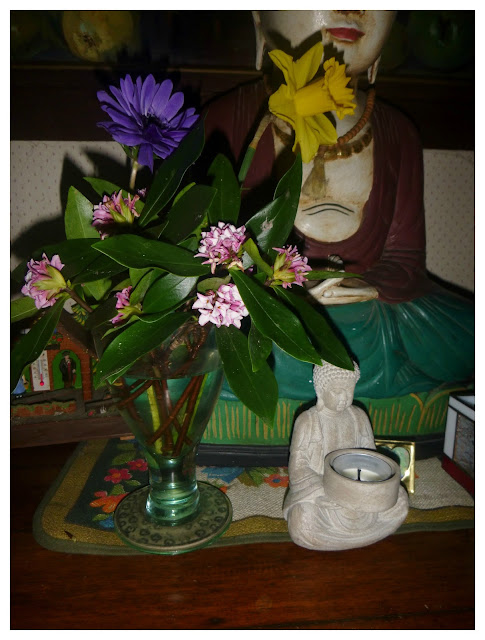 So I picked some for inside and my assistant has left them alone. 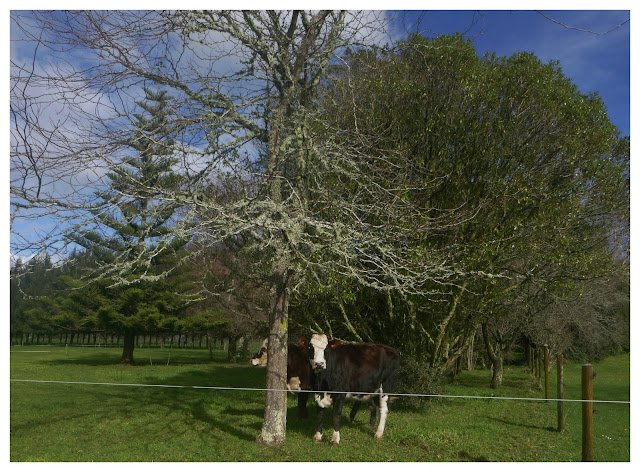 I have been out to Dawns place to see all the creations.

We packed her car and delivered some stock to a Gallery in the countryside, leaving behind poor Webb. 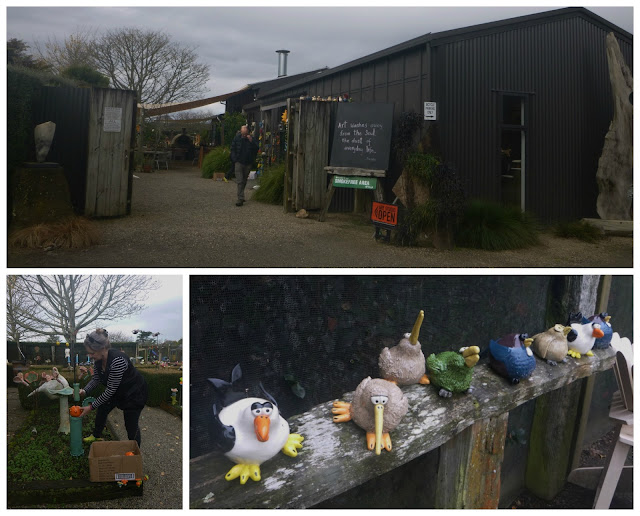 A new Totem was erected in the garden of the Gallery and some of Dawn's birds watched on. 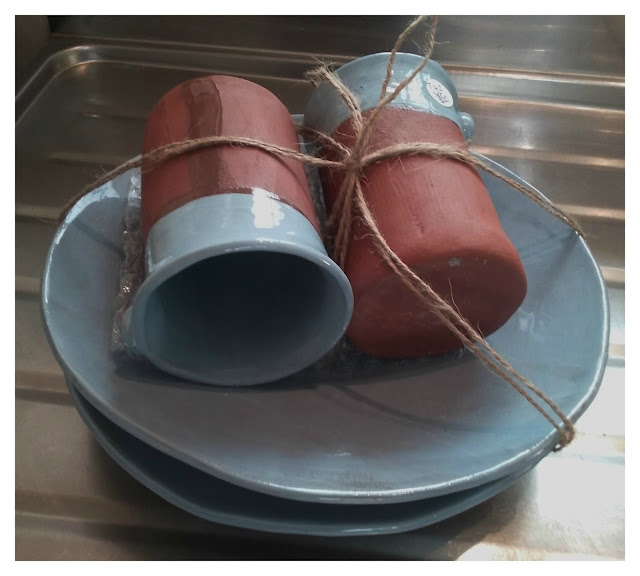 Dawn was selling some seconds so I purchased this set and TOF and I have been using it for our breakfast.

I also bought a bunch of her  large wired daisies and attached them to my Arch.

My Kakabeak is smothered in flowers. 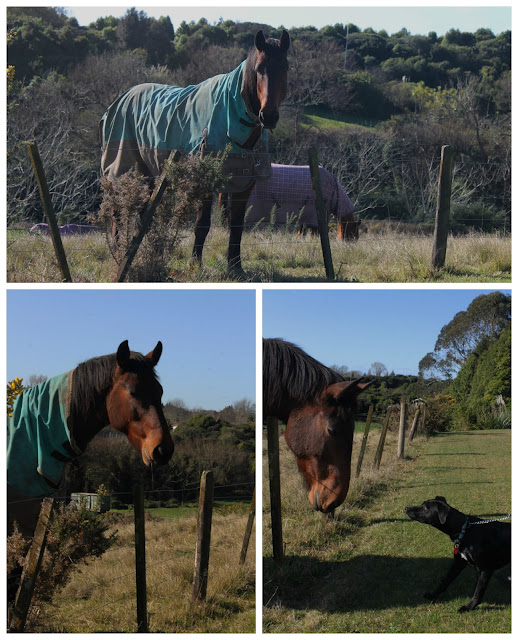 The Heir and I took the dogs for a walk near his place on a sunny Saturday, past friendly nags, water and along winding paths. 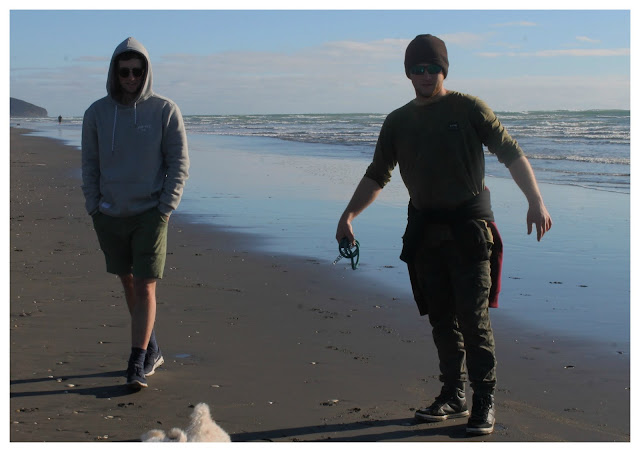 Then on a sunny but chilly Sunday TOF and I were accompanied by the Heir and the Spare and the dogs on a drive out to Raglan. 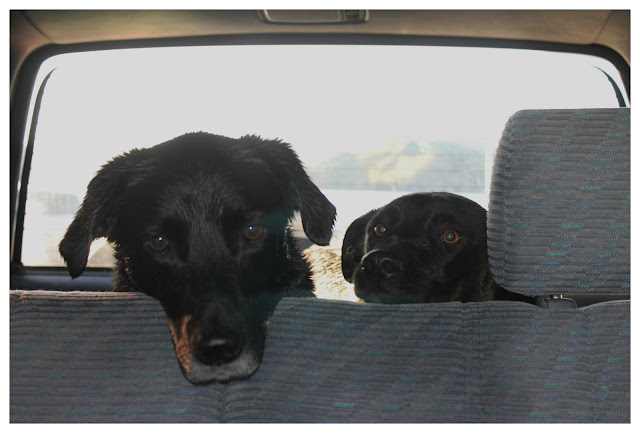 The big dogs had a ball running up and down the beach and in and out of the sea, so they had to travel home in the back much to their combined disgust. 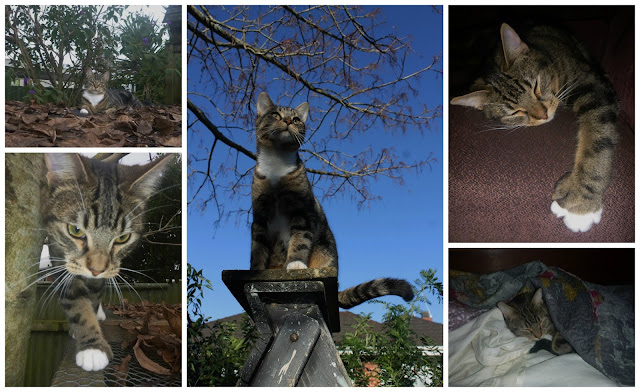 Big is tolerating his little mischievous brother Toebee.  Sheba and Oscar had Stella round for an afternoon as she escaped her yard and I got a call.  Toebee is still very much enjoying many an adventure and catching up on sleep!

Potted colour was $1 each so I topped up some pots. 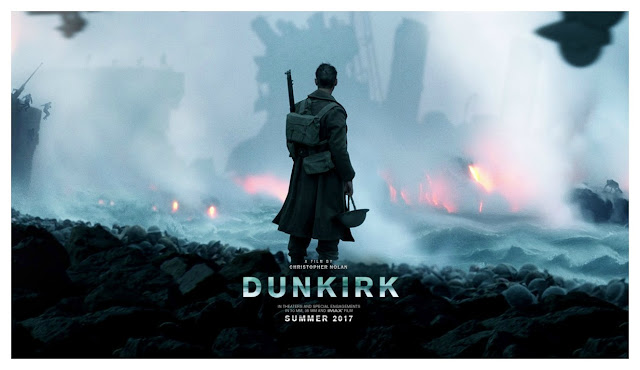 TOF and I went to the movies and watch Dunkirk,
amazing film, so well done. 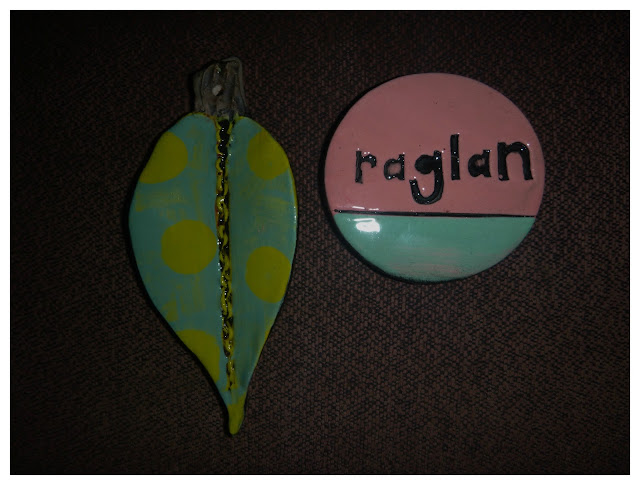 We went out to Raglan again today,
it is becoming a habit!!

We had a late lunch of Fish n Chips on the Wharf.
YUMMO!! 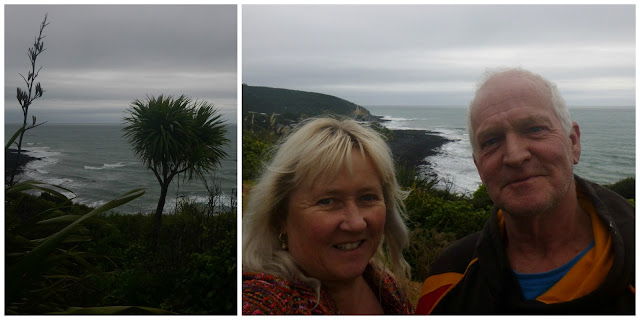 We drove out to Whale Bay,
it was windy and wild!

What do you want to know about me?

Sue
Hamilton, New Zealand
What can I tell you?? I am the other side of 50, Married to TOF (the old fella), we have two sons Max and Jak, two dogs, Oscar and Sheba, one cat called Biggy McBiggles or Big, a gorgeous Polydactyl kitten named ToeBee or Toes for short, and chickens of various sizes and breeds known as 'my girls. I work part time so I can enjoy my love of second hand shopping, my garden and my passion for photography. I guess my blog is like a diary of my antics and you are more than welcome to comment or just secretly follow me. Hopefully you will enjoy what I have to share and get the odd laugh.

Posts you may have missed, make yourself a cuppa, this could take some time!

Who I am stalking at the moment